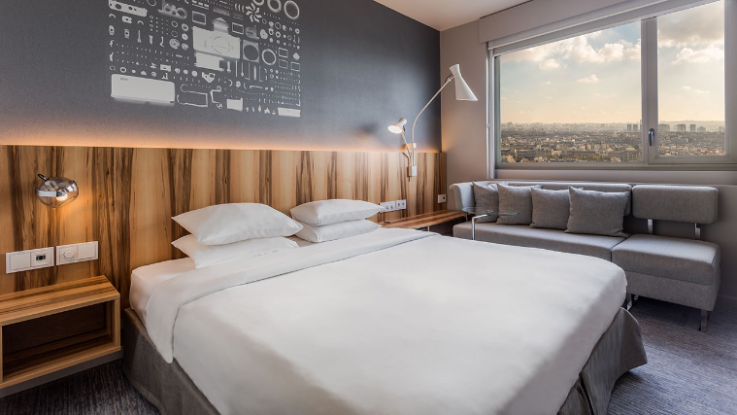 The only skyscraper hotel offering a spectacular view of Paris and its most beautiful monuments, including the Eiffel tower and Arc de Triomphe.

Ideally located within the Paris Convention Center, find everything under one roof: Shopping Center, access to the public transportation and airport shuttle, convention and meeting spaces, theater and cinema, parking, restaurants, bars.

The 34th floor of boasts a newly refurbished lounge/bar illuminated by a chandelier made up of 11,000 glass rods, and drinks concocted by one of France’s premier mixologists. The spectacular views of the city bar lend the nightspot its perfect name: La Vue!

images courtesy of and © Hyatt Hotels

Explore some of our favorite attractions and hotels in Paris

Crêperie Ty Breiz A local favorite for the best crepes in the city.

The Louvre The Greatest Collection of Art in the World

The Louvre, in its successive architectural metamorphoses, has dominated central Paris since the late 12th century. You will discover the... read more

Walking Tour of the Old Neighborhoods Take a walk and just be Parisian. 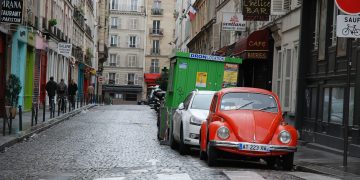 Walk the old neighborhoods of Paris where philosophers such as Simone de Beauvoir, and Jean-Paul Satre once gathered to debate... read more