FOGO ISLAND INN At once radically contemporary and resolutely traditional.

Fogo Island Inn sits on an island, off an island, at one of the four corners of the Earth. Situated along Iceberg Alley, all 29 suites feature floor-to-ceiling windows opening onto the wildest and most powerful ocean on the planet. Furnished with handmade quiet luxuries, they serve as a welcome refuge from the numbing uniformity of modern times. The island’s still-wild world has caribou to track, hills of berries to forage, nature trails to explore and countless birds and sea life to behold. This award-winning Inn is operated as a social business, is a community asset and 100% of the operating surpluses are reinvested into the community.

Walk along ancient footpaths steeped in history, hike jagged cliffs to one of the four corners of the earth, and follow animal tracks into an untamed wilderness. With over 200 km of paths, routes, and trails, Fogo Island is a destination for hikers and walkers that sometimes feels like another world.

Step one: you walk in, take off clothes and put on robe. Step two: take a shower. Step three: take a sauna. Step four: cool off and maybe head outside to the hot tubs to watch the sea and stars.

The south-facing saunas receive direct sunlight into the cabinet with inland views of the rocks, churches, and the local artisan guild. The sauna to the north has views of the sea and is a great way to take in the landscape or to stargaze.

Located at the end of the roof deck, the Inn’s two hot tubs afford both privacy and stunning views of the North Atlantic. Stargaze with uninterrupted views of the ocean over your shoulder and of the sky above you.

Fogo Island Inn’s dining room was named among the top three “Best New Restaurants” in Canada by enRoute magazine in 2013.

The Kitchen Collective is responsible for the Inn’s 48-seat dining room, 35-seat lounge and, for on- and off-site catering. The team finds inspiration in the ocean’s bounty, from ingredients grown on the island, and from Fogo Island’s time-honoured outport cooking traditions.

One of the Inn’s most iconic spaces, the Dining Room features a dramatic vaulted ceiling and looks out over the ocean with views of the community of Barr’d Islands in the distance. Depending on the season, guests seated in the Dining Room can watch icebergs bobbing in the waves, whales breaching offshore, or enjoy a front-row view of a savage North Atlantic gale. The dining room’s distinctive chandeliers were conceived by Dutch designer Frank Tjepkema and feature a wildflower motif.

Fogo Island’s temperate maritime climate is home to countless species of flora and fauna that have made their home in our rugged and bountiful terrain. Birds circle the skies: puffins, razorbills, bull birds, snowbirds, evening grosbeaks, king eiders, harlequin ducks, white winged scoters, and gannets just to name a few. Those who venture to Little Fogo Islands will see hundreds of puffins nesting in the hills and bobbing in the water off of this tiny archipelago. Caribou were placed on the Island in the mid-twentieth century and continue to roam and thrive. You’ll spot them all over the Island munching on caribou moss and causing the closest thing Fogo Island has to a “traffic jam” when crossing the road. The Island also features the regular Canadian menagerie, including wily foxes and bustling beavers.

Pods of whales visit us in the summer, their breaching backs and tails easily spotted from the windows of the Inn. Our waters are also teeming with fish, including the humble codfish on which Fogo Islanders have based their economy and culture for centuries. The Island’s ponds are filled with trout, offering the opportunity to try your hand at ice fishing during the winter and traditional pond fishing in the summer months. 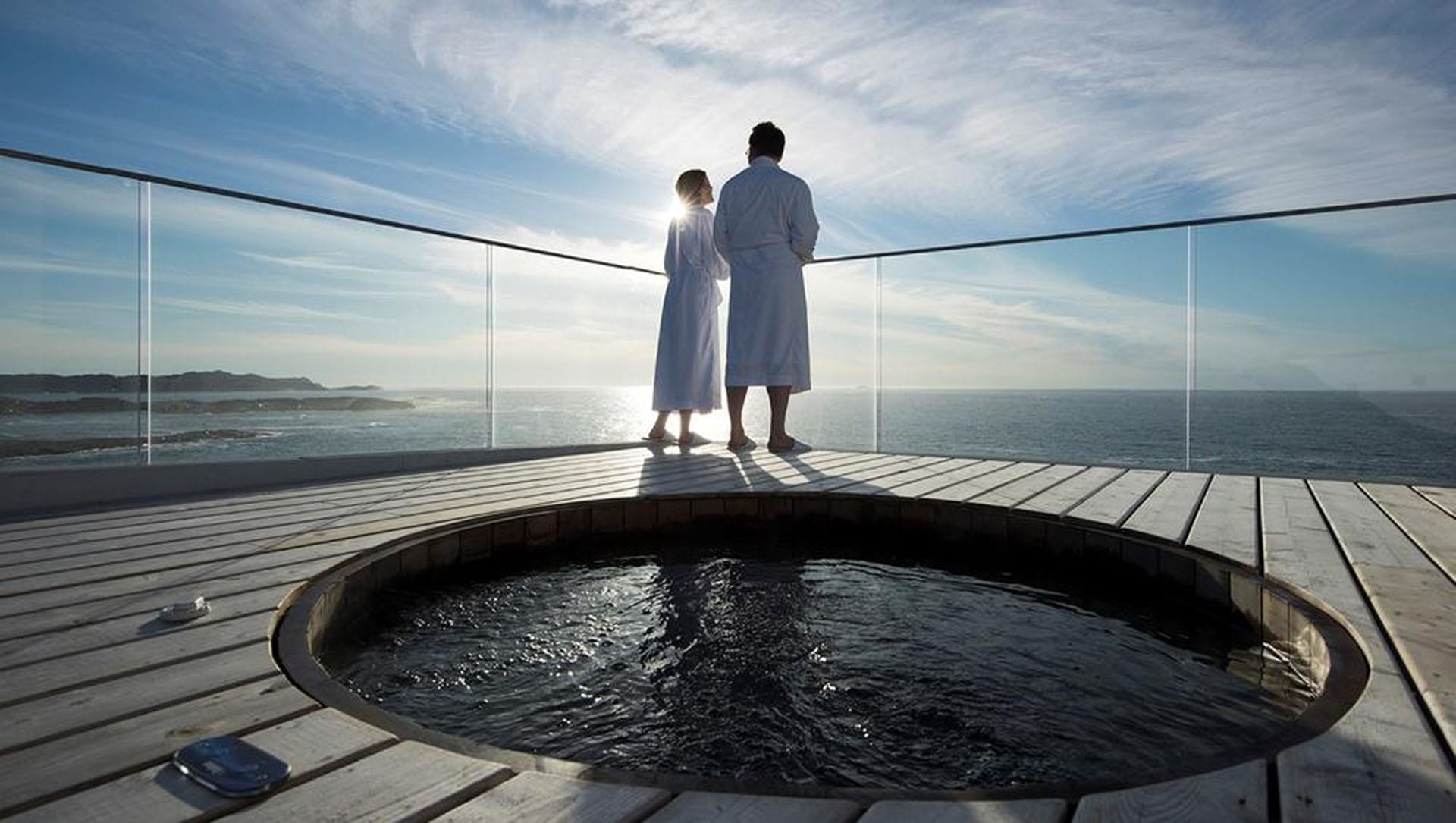 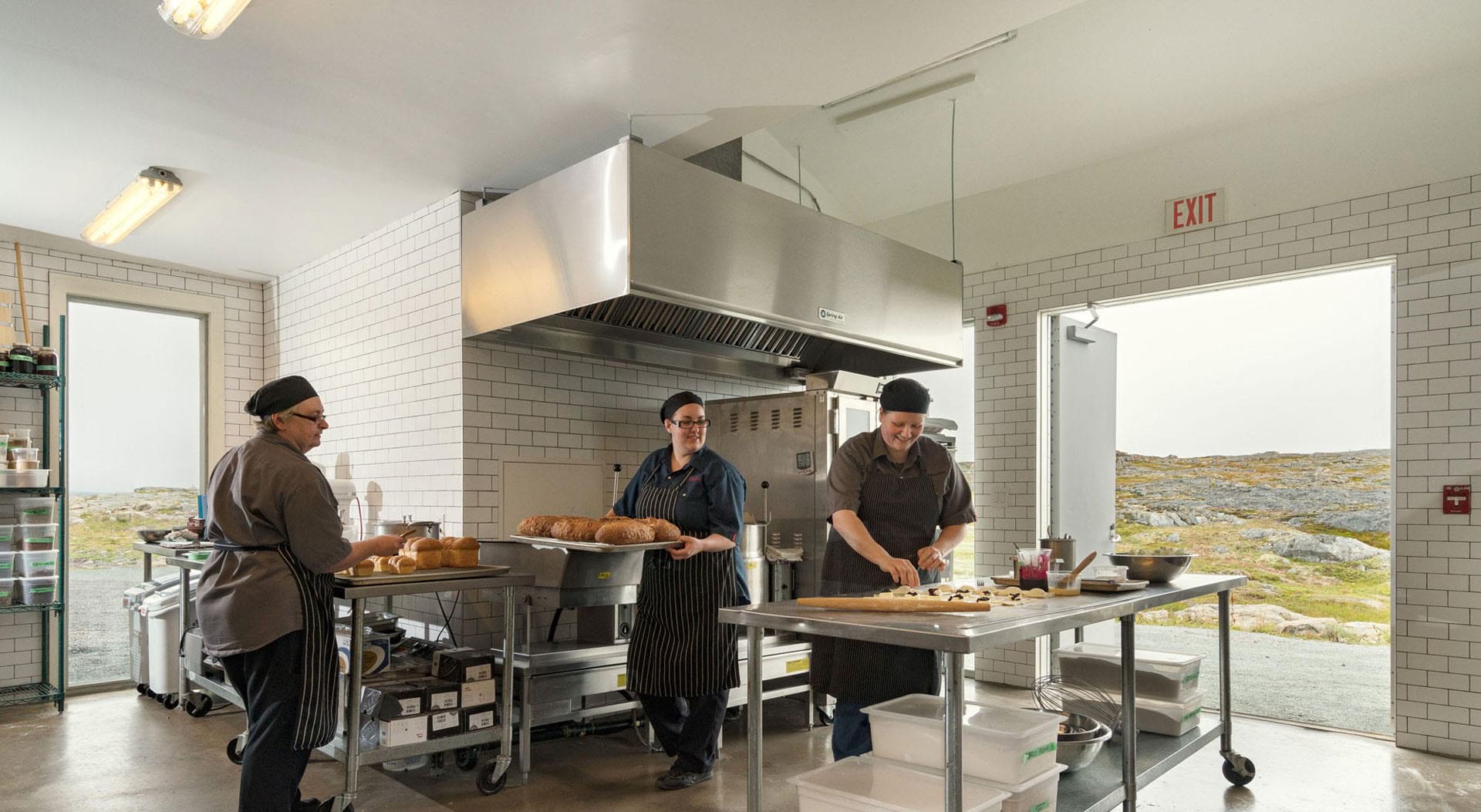 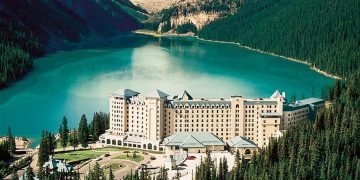 The iconic Fairmont Chateau Lake Louise is surrounded by soaring mountain peaks and pristine wilderness with unobstructed views of the... read more 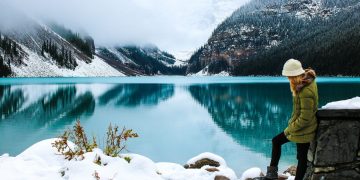