Everything about Brazil is larger than life. The world’s wildest party, greatest waterfall, biggest wetlands, mightiest river and largest rain forest, as well as one of the most unique and diverse cultures on the planet. Rio might draw you to Brazil the first time, but the country’s unexplored corners and breadth of attractions will make you want to go back.

Venture beyond the thousands of miles of beach to explore Brazil’s other remarkable attractions: the traditional Afro-Brazilian culture of Salvador, the colonial towns of Ouro Preto, Tiradentes, Sao Luis, Paraty and Olinda or the wetlands of the Pantanal, one of the best places to see wildlife in South America.

Rio de Janeiro is famous for its urban beaches which are a magnet for the see-and-be-seen scene crowd. With 5,000 mi of coastline, however, Brazil has no shortage of enticing beaches to choose from.

The coastlines of the southern states of Rio de Janeiro, Sao Paulo and Santa Catarina are wild and unspoiled with small hidden coves backed by native Atlantic forest and many islands. For endless strips of deserted white sand, warm turquoise waters and palm trees galore, head to the northeastern states of Bahia, Alagoas, Pernambuco, Rio Grande do Norte and Ceara.

Some of the country’s top beaches include Alter do Chao in the north and in the northeast, Porto de Galinhas, Jericoacoara, Praia de Pipa, Praia da Gunga, Espelho, Itacare, Trancoso and Curuipe. In the southern region, Bombinhas and the beaches of Ilha Grande in the southeast are fantastic.

Particularly pristine and unspoiled are Baia do Sancho, Baia dos Porcos and Praia do Leao—all on Fernando de Noronha Island, an ecological paradise off the coast of Pernambuco in the northeast region.

The national parks and coastal mountains provide fabulous hiking and biking opportunities, especially in the south and southeast. In the state of Rio de Janeiro, check out the National Park Serra dos Orgaos, the Itatiaia National Park and Ilha Grande.

Between Rio and Sao Paulo, the Serra da Bocaina National Park is recommended. In Parana, you can hike in the Parque Estadual Marumbi, in Santa Catarina on Ilha de Santa Catarina and in Rio Grande do Sul in the Aparados da Serra National Park. West of Brasilia, the Chapada dos Veadeiros National Park (Goias) has waterfalls and rock formations, while the Chapada Diamantina is perfect for trekking adventures in the state of Bahia.

Learn at least a few basic words and phrases in Portuguese. Your efforts will be appreciated and you’ll find that many Brazilians will go out of their way to be helpful. 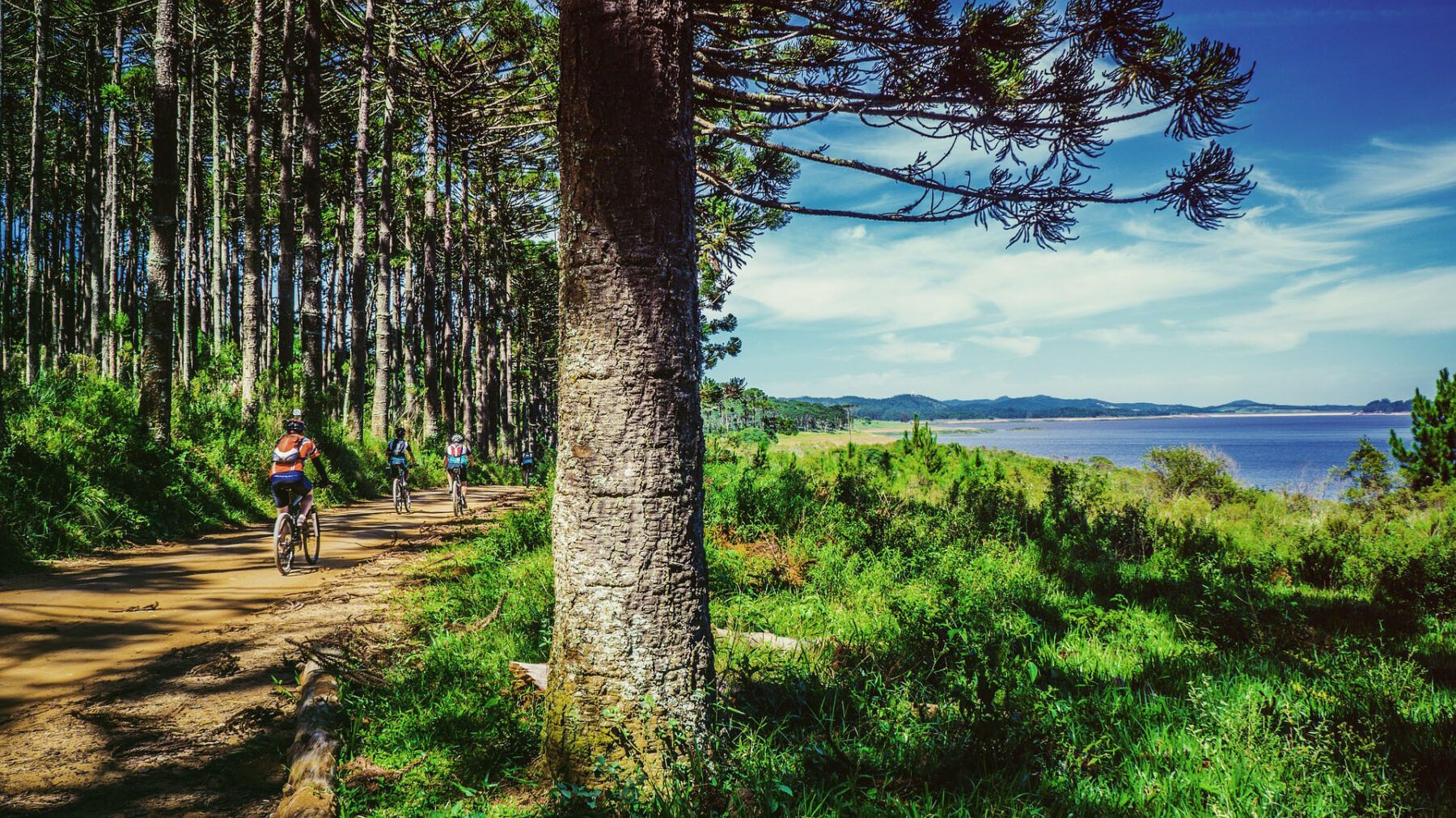 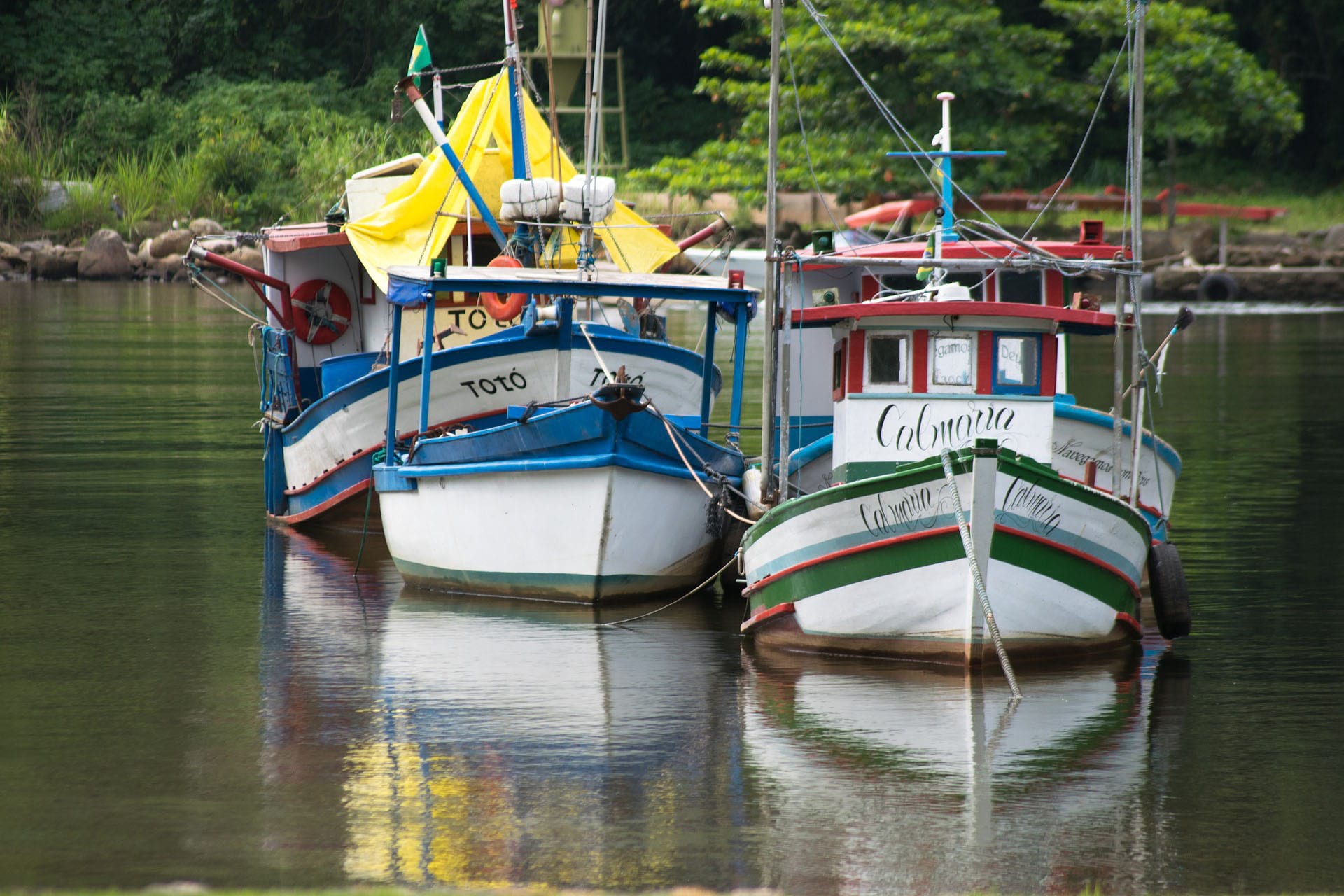 Sensuous, chaotic, sophisticated, open and friendly, Rio is a unique blend of old and new in an urban metropolis nestled around mountains and a huge forest.
Learn More