Hulopoe Bay Voted one of the best beaches in the world, in a beautiful marine life conservation area. 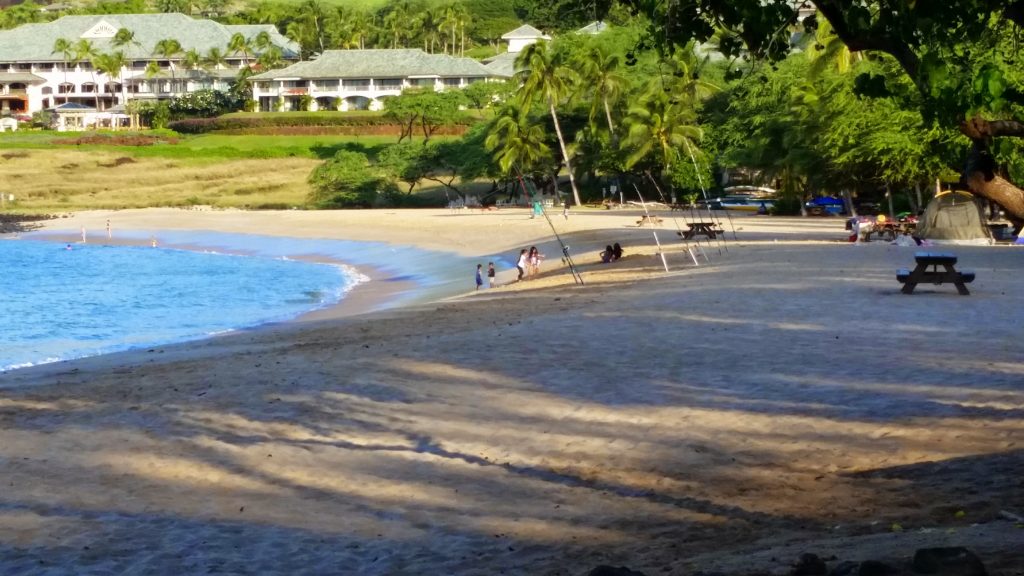 A beautiful marine life conservation area, spinner dolphins can often be spotted leaping from the ocean in these tranquil waters. Sea turtles often sunbathe on the lovely crescent of white sand.

Rising to the east is the legendary Puu Pehe, or Sweetheart Rock. A short climb to the cliff overlooking the Lanai landmark offers unbeatable views of the island and the ocean beyond.

Hulopoe Beach was named best beach in America, and for good reason. A beautiful stretch of pearl white sand meets crystal blue waters that offer excellent snorkeling. While the beach fronts the Four Seasons Resort Lanai, it is also a public beach that offers picnic tables, barbecues, restrooms, and showers.

The tide pools along the eastern side of the bay are carved from volcanic rock. Protected by the bay, the waters are calm and perfect for exploring. It’s easy to find hermit crabs, sea stars, opihi, and small fish in the tranquil pools.

Spinner dolphins can often be seen performing their acrobatics in the bay and the winter months bring visits from majestic humpback whales.

As Hulopoe is relatively protected from the open sea, it’s one of the safest beaches on Lanai for swimming and definitely kid friendly. Clear water and beautiful coral reef formations make it great spot for snorkeling. 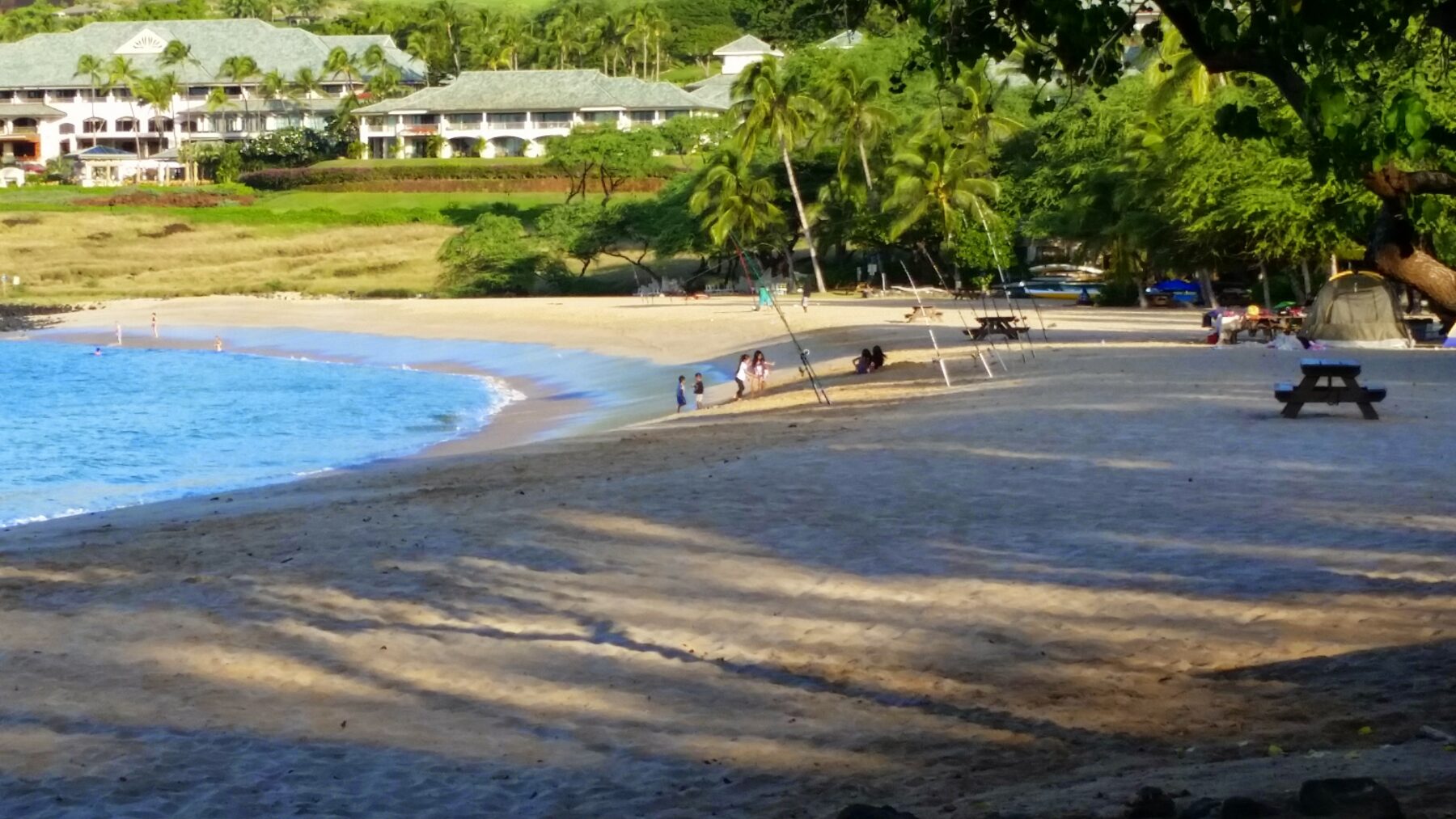 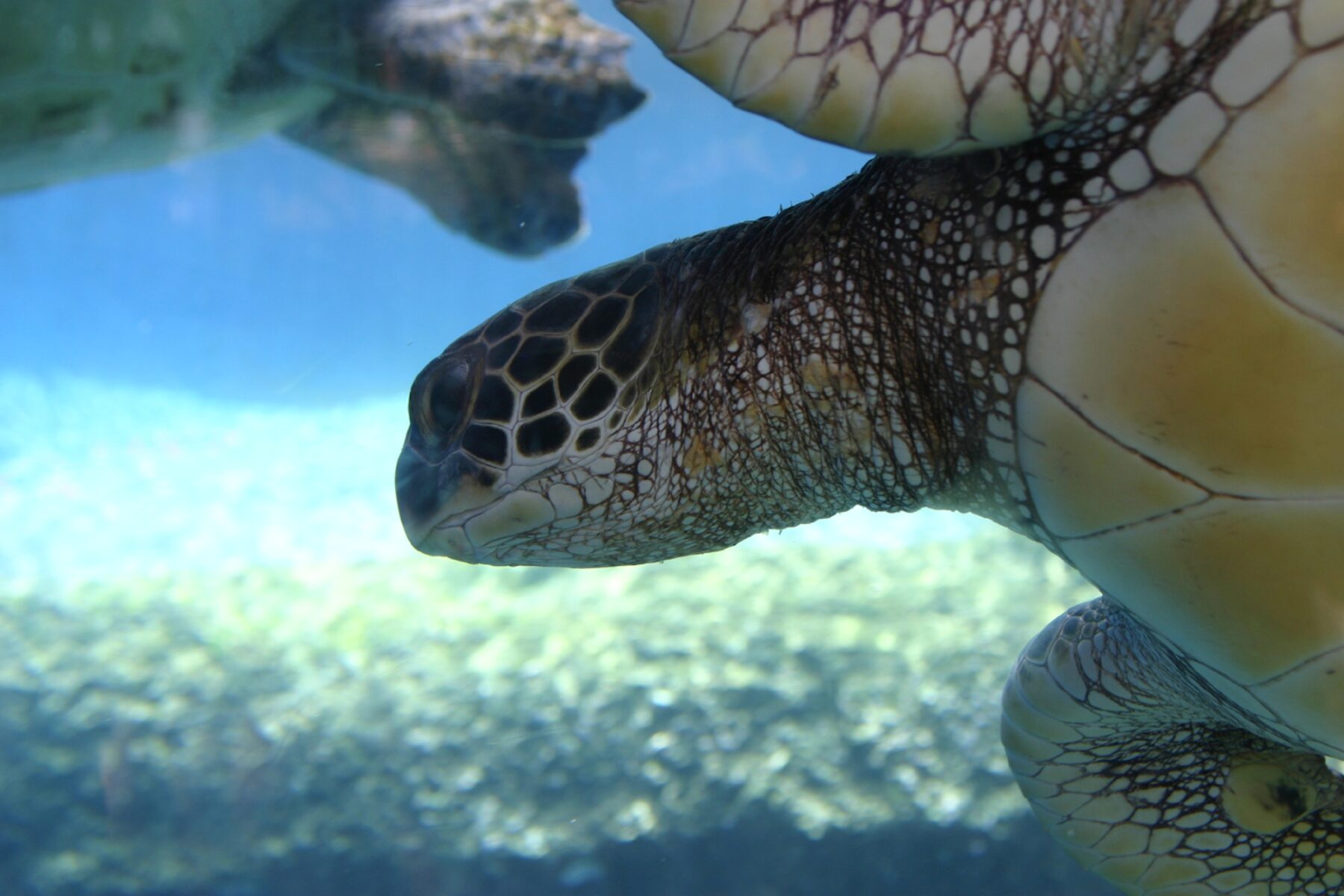 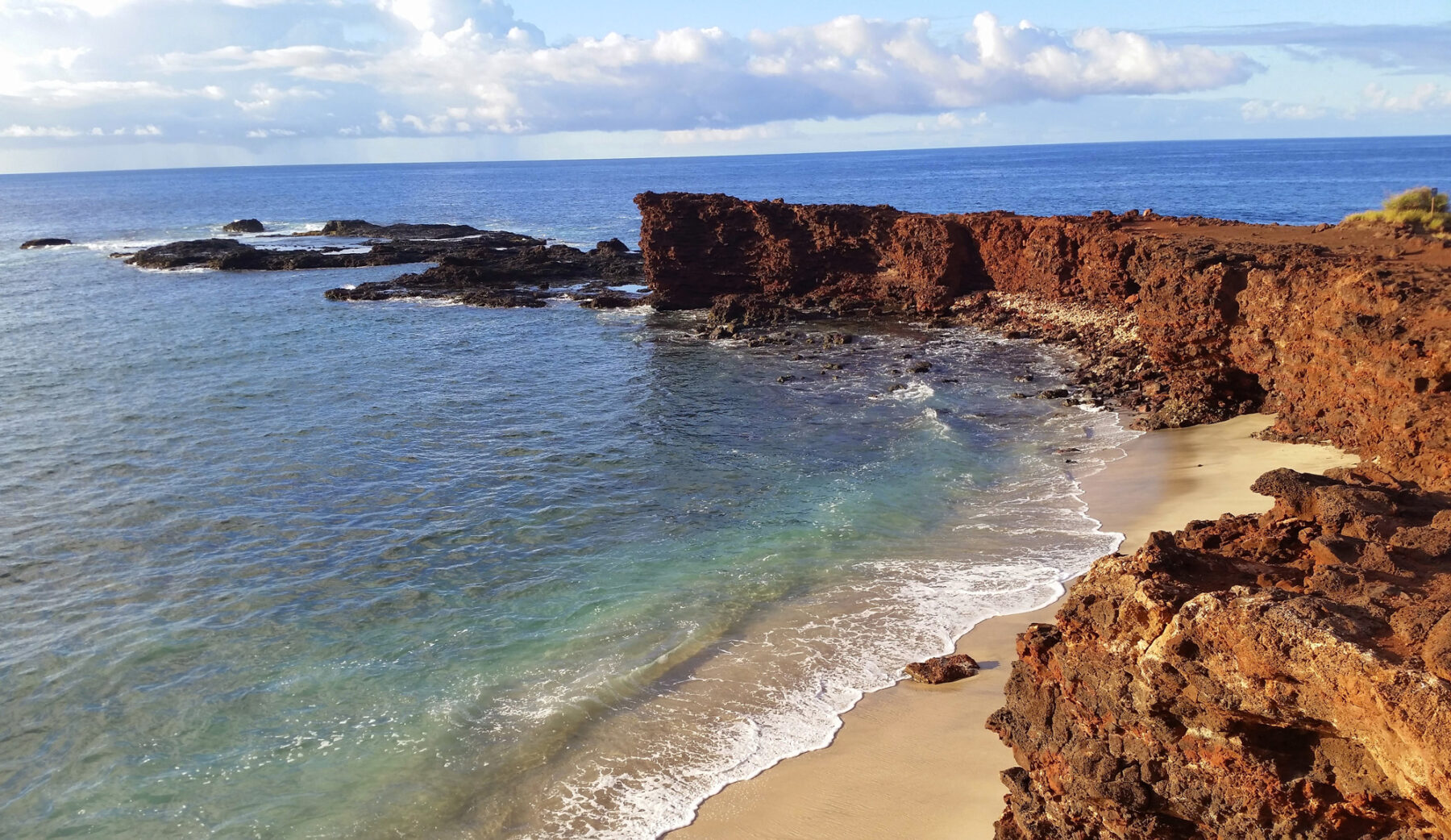 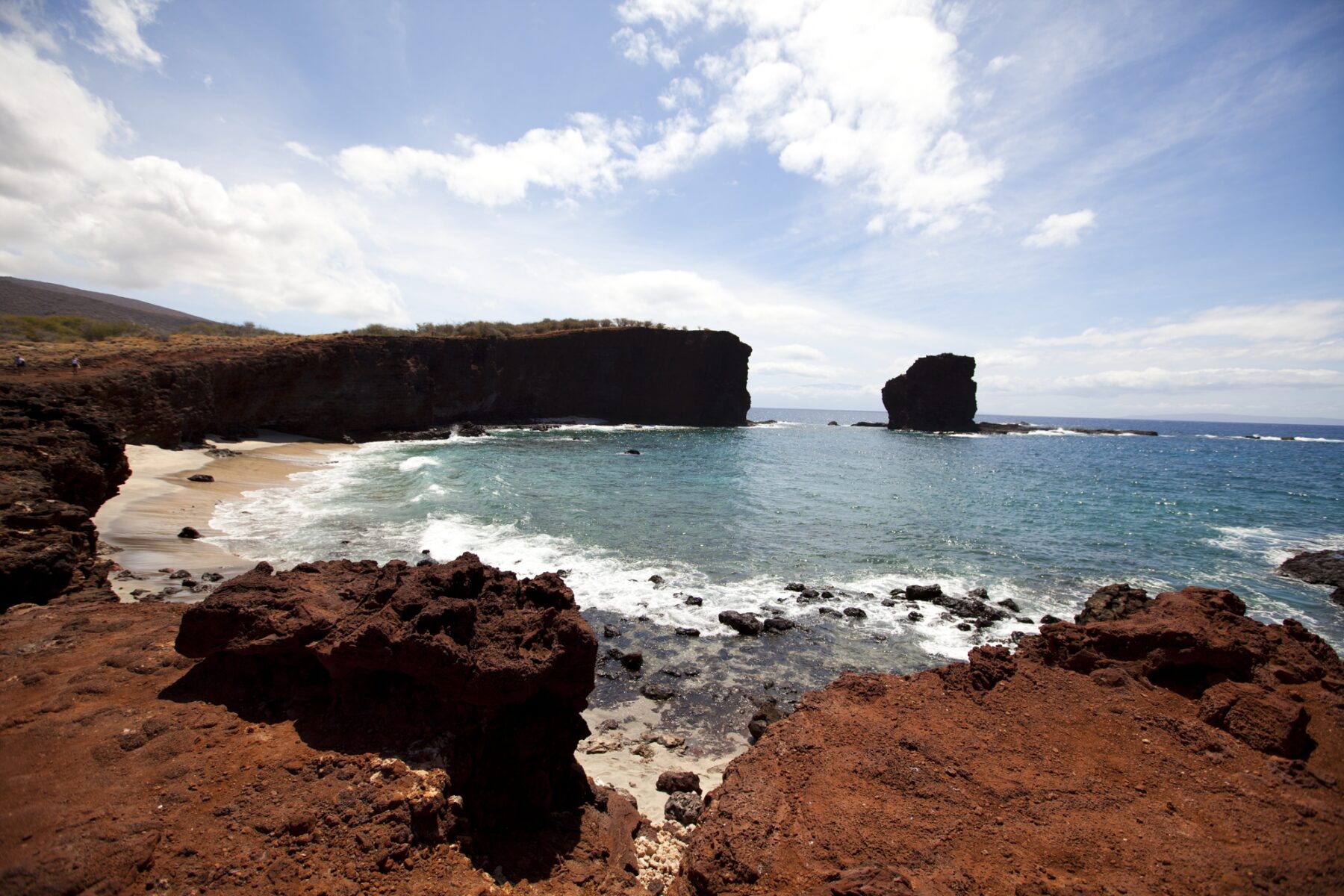 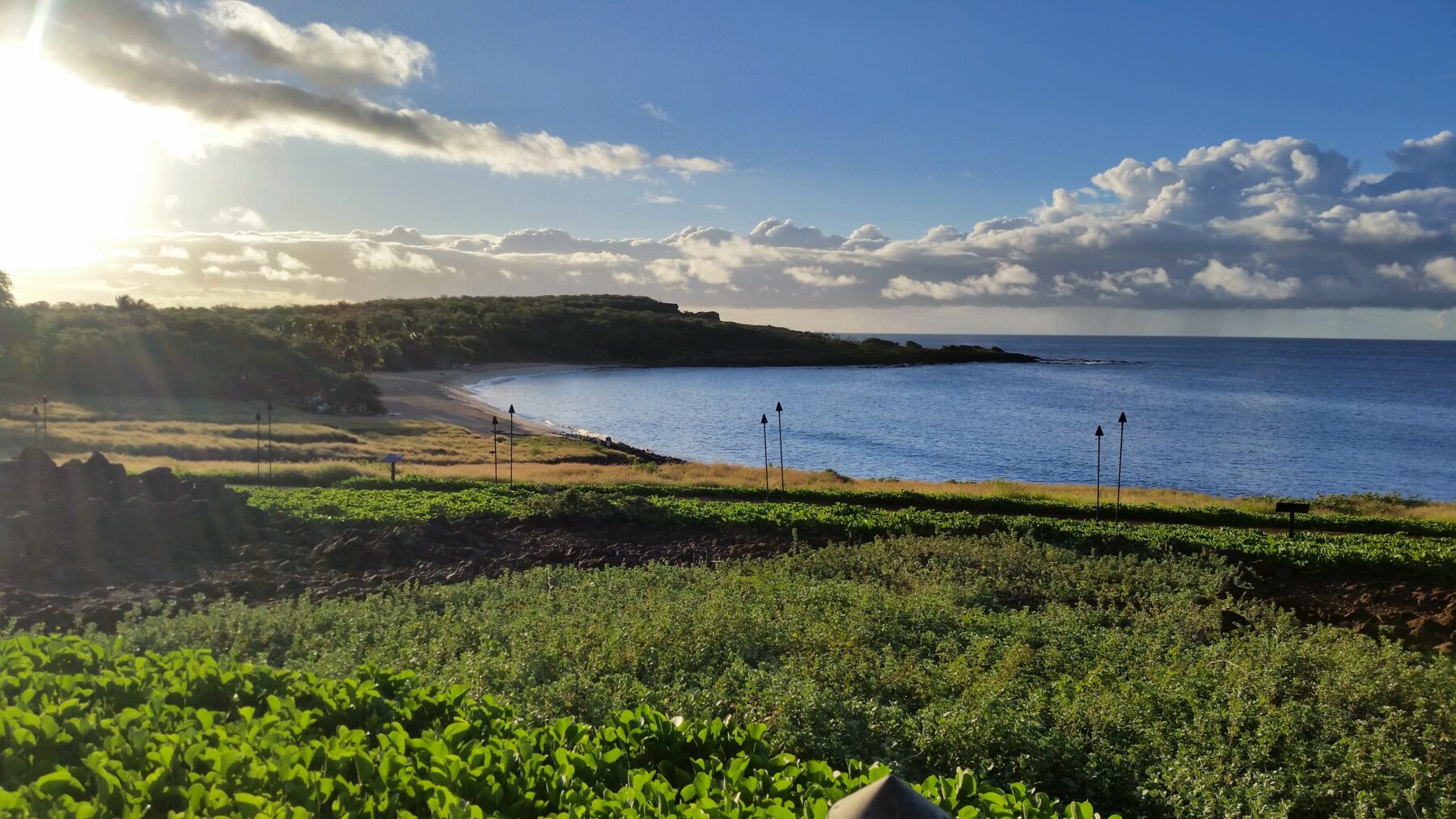 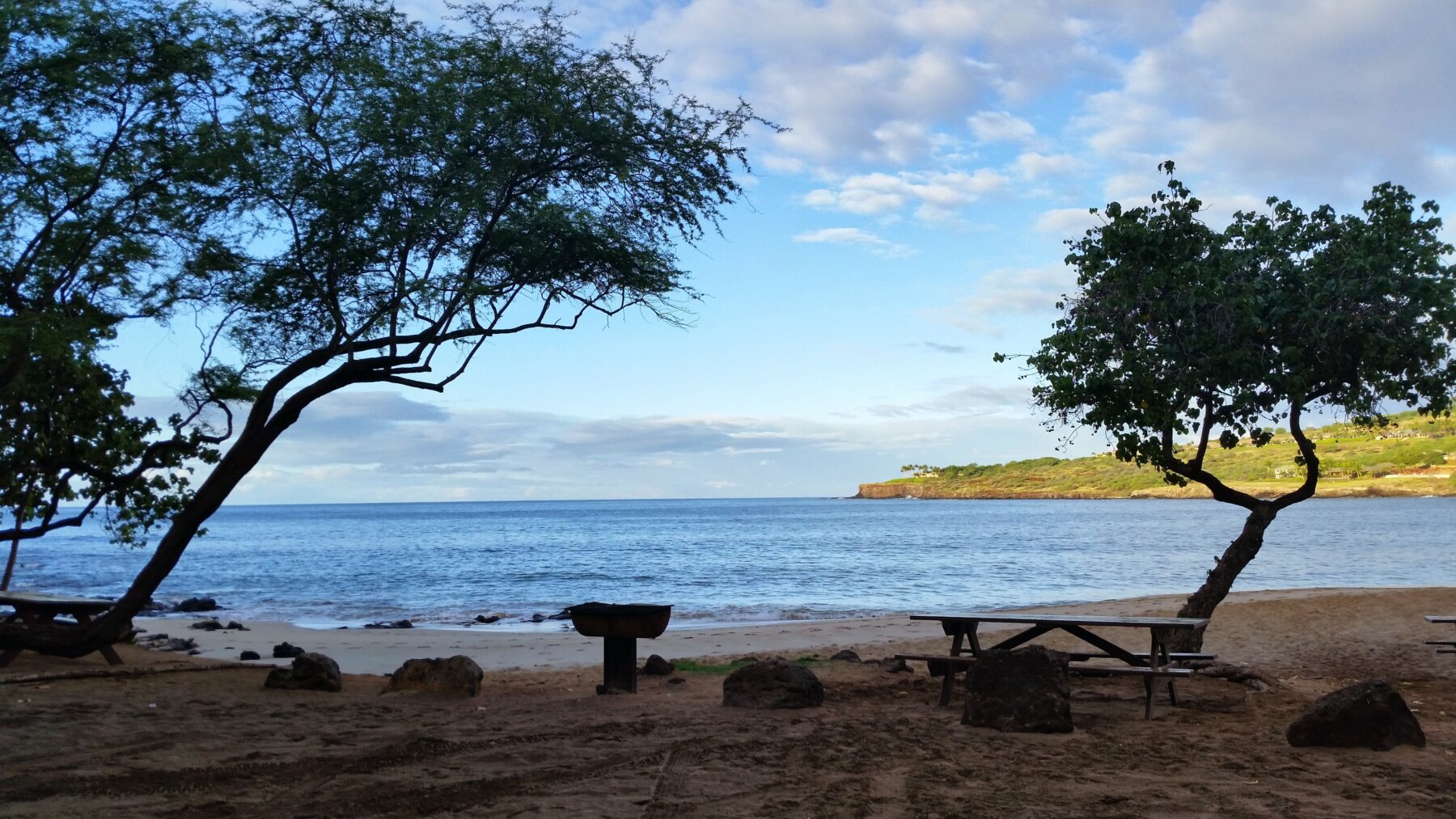 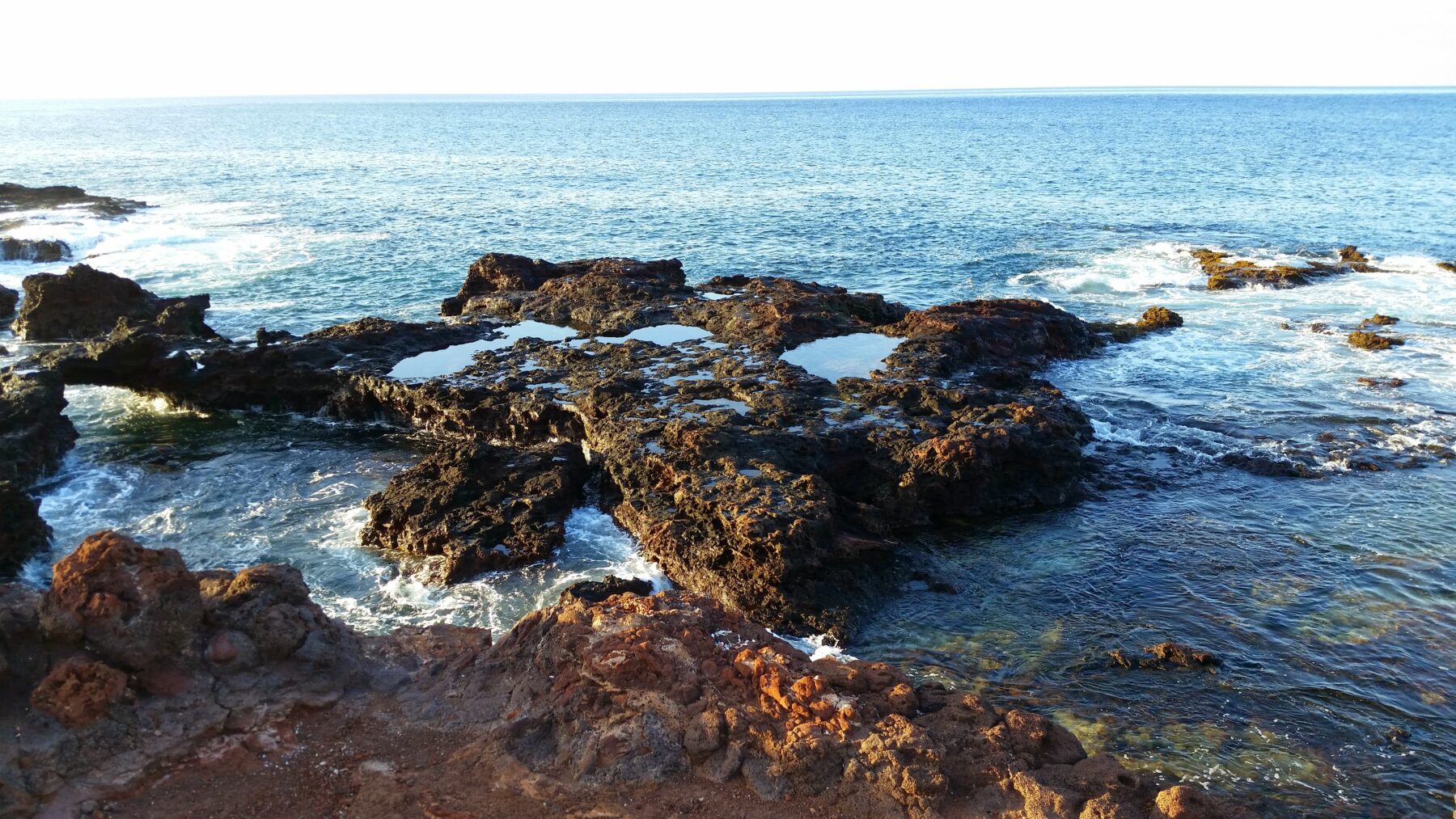 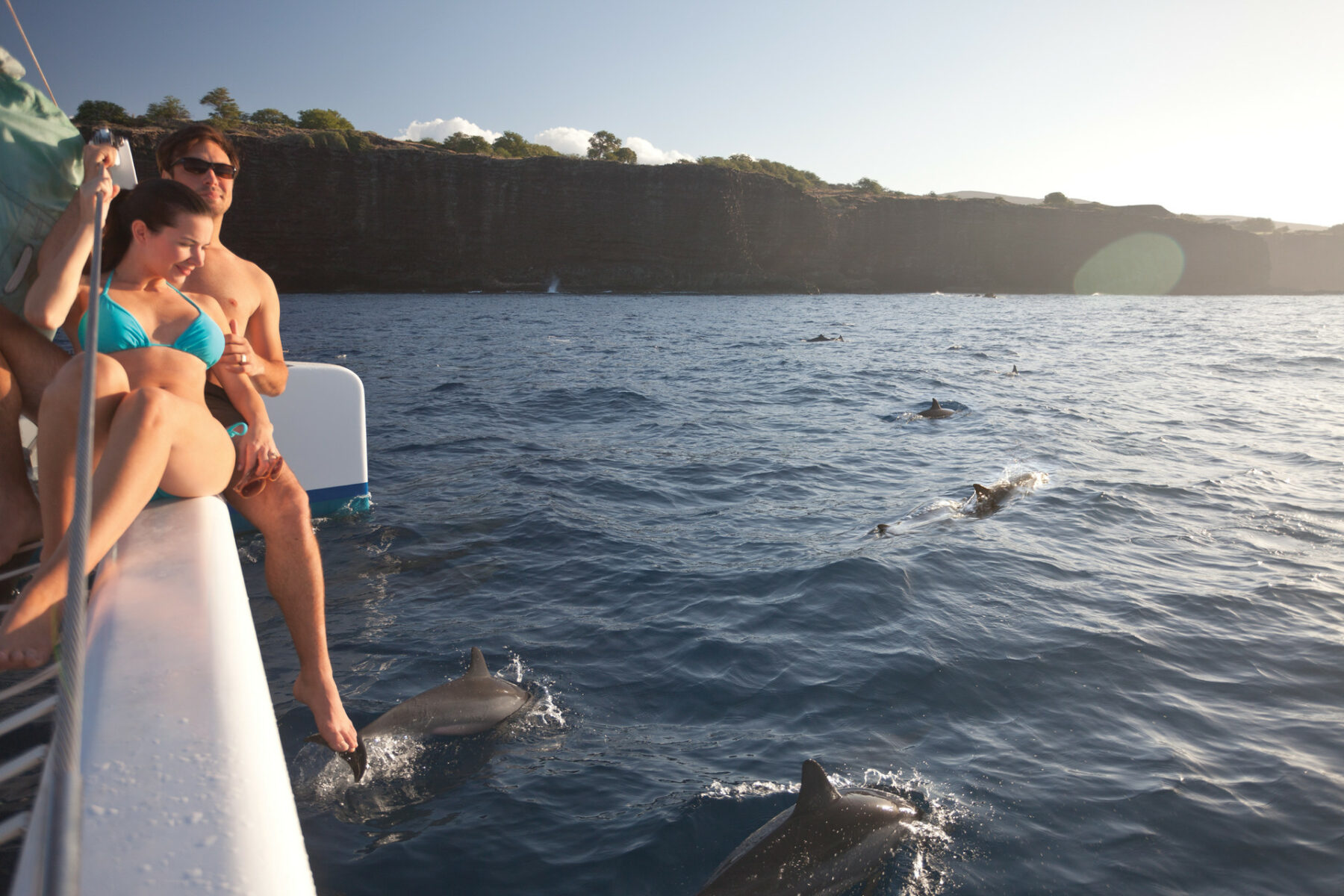 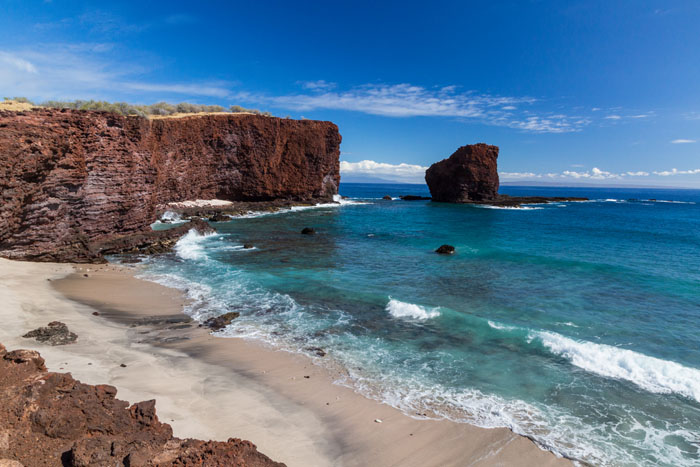 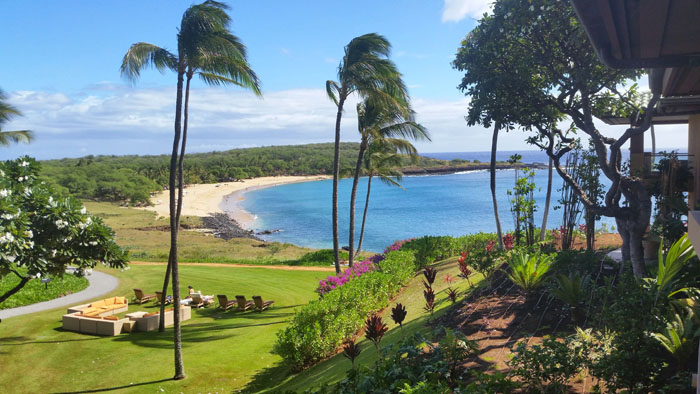 Explore some of our favorite attractions and hotels on Lanai 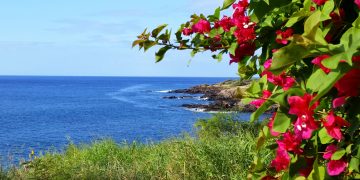