see the legend in person

THE GREAT WALL OF CHINA The Great Wall of China is endlessly impressive. It following a ridge of barren hills through northern China, stretching as far as the eye can see 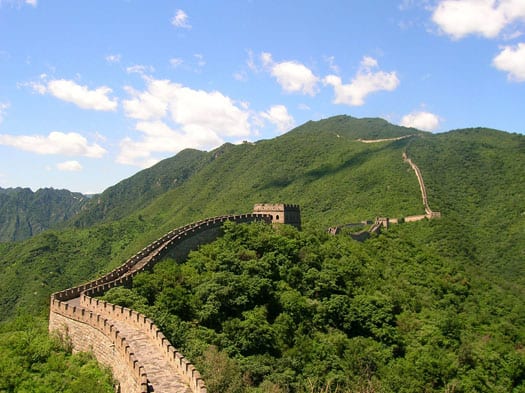 No matter how many pictures of it you’ve seen, the Great Wall of China is still impressive. It follows a ridge of barren hills through northern China, stretching as far as the eye can see—at least 3,750 mi/6,000 km. It’s thought that, at one time, it was 6,000 mi/9,700 km long. “The Great Wall” is actually a term coined by Westerners; it is known to the Chinese as Wan Li Chang Cheng, meaning “Long Wall of Ten Thousand Li” (li is a Chinese unit of length equal to half a kilometer).

The Wall is usually visited near Badaling (50 mi/75 km from Beijing)—that’s where most of the tour buses go. There’s a crowded carnival atmosphere there, with sedan chairs for rent, U.S. fast-food restaurants, and polluted air that tends to curtail the view. Another section of the Wall, at Juyong Pass, which is closer to Beijing, has also become popular with tour groups. (You’ll find lots of teenagers trying to sprint up the 350-plus steps.)

The less-crowded site at Mutianyu (45 mi/70 km from Beijing) also receives plenty of visitors. Many people get worn out climbing to the first two watchtowers (it’s very steep), but there’s a cable car to help you up. When it’s not too crowded, you can get an idea of how isolated it must have felt to be a lookout along the Wall 600 years ago. The portions of the Wall at Badaling and Mutianyu are mostly reconstructions, not necessarily the remains of the original Wall. 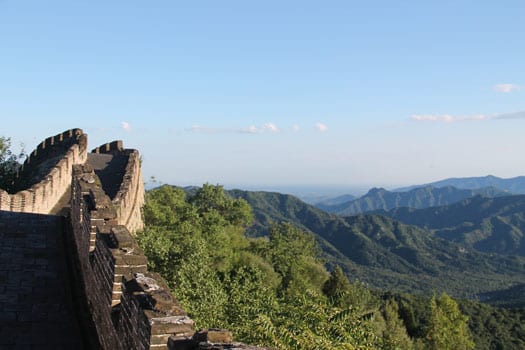 Adventurous travelers can also visit the Wall at Simatai (55 mi/90 km from Beijing) for a memorable sunset and sunrise. Designated as a protected heritage site by UNESCO, it’s a nonreconstructed part of the Wall that snakes over several steep mountains. In some sections, the wall is only 3 ft/1 m thick. Beijing is about a three-hour bus ride from Simatai. Be sure to take along good walking shoes and your own food and water.

Other interesting places to view the Wall are near Jiayuguan at its western end, or near Shanhaiguan, where the Wall meets the ocean. You can also scuba dive on the Wall at at a little-known section submerged beneath the Panjiakou Reservoir, if you go with a Beijing-based dive operator. 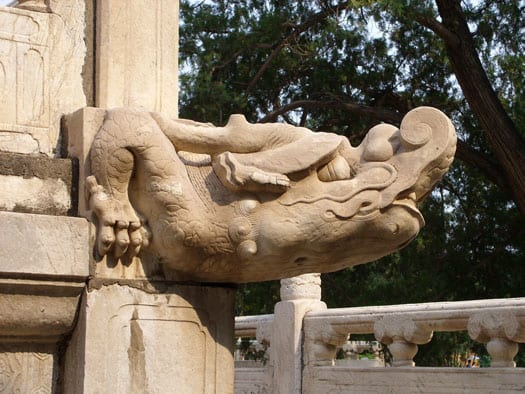 There are a number of ways to visit the Wall. Tours geared for Westerners can be arranged at most major hotels. The tours that cater to Chinese tourists are less expensive but aren’t worth the savings. They generally spend less time at the Wall and more time at such sites as the indoor aquatic park on the outskirts of Beijing (a thrill for rural Chinese, but not something most Westerners would appreciate). If you can organize a group of three or four, hiring a taxi for the day will be only a little more expensive, and you will be able to see what you want for as long as you want. Whichever point you choose to visit, be prepared for crowds and persistent touts.

It has become popular for hardcore hikers to visit wild sections of the Wall—mostly ruins. However, the government has outlawed such hikes in an effort to preserve these sections.

Another Side of the Great Wall:

Take a helicopter flight from Beijing to a remote section of the Great Wall unknown to most tourists. There, a gourmet chef escorts you into an ancient turret for a magnificent white-linen banquet. Relish a memorable dinner while musicians serenade you; afterward, scale the Wall at your leisure before being whisked back to your hotel. 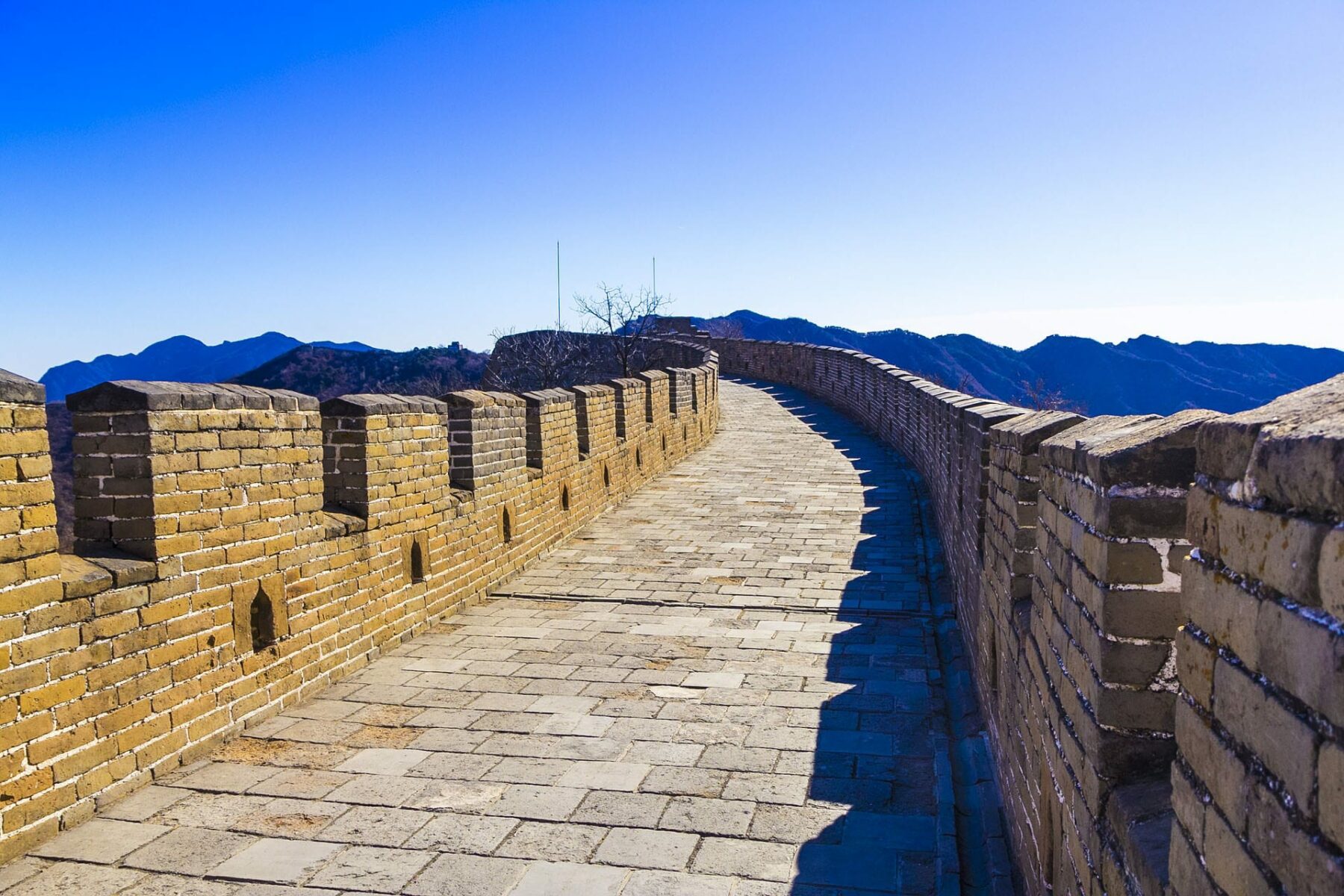 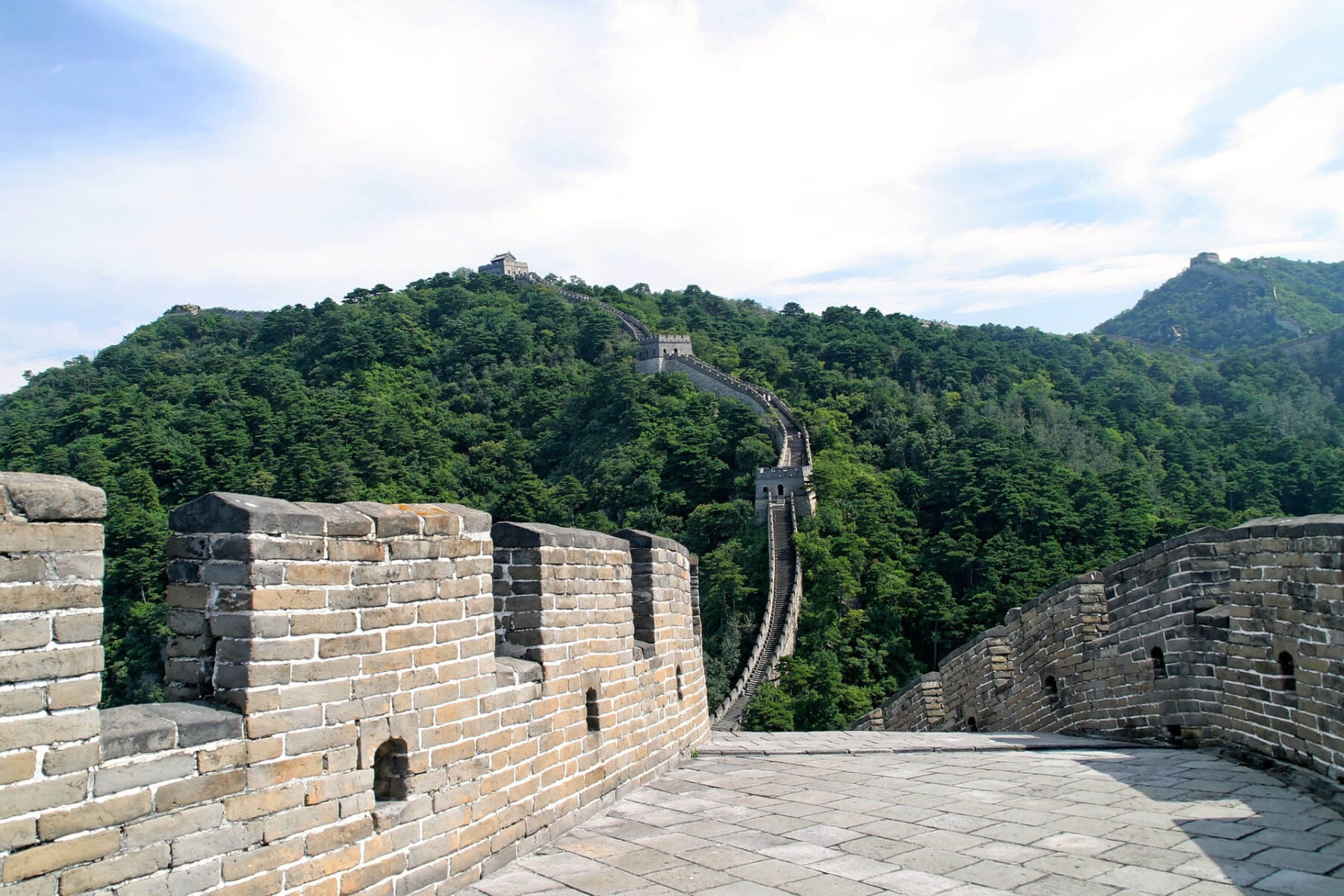 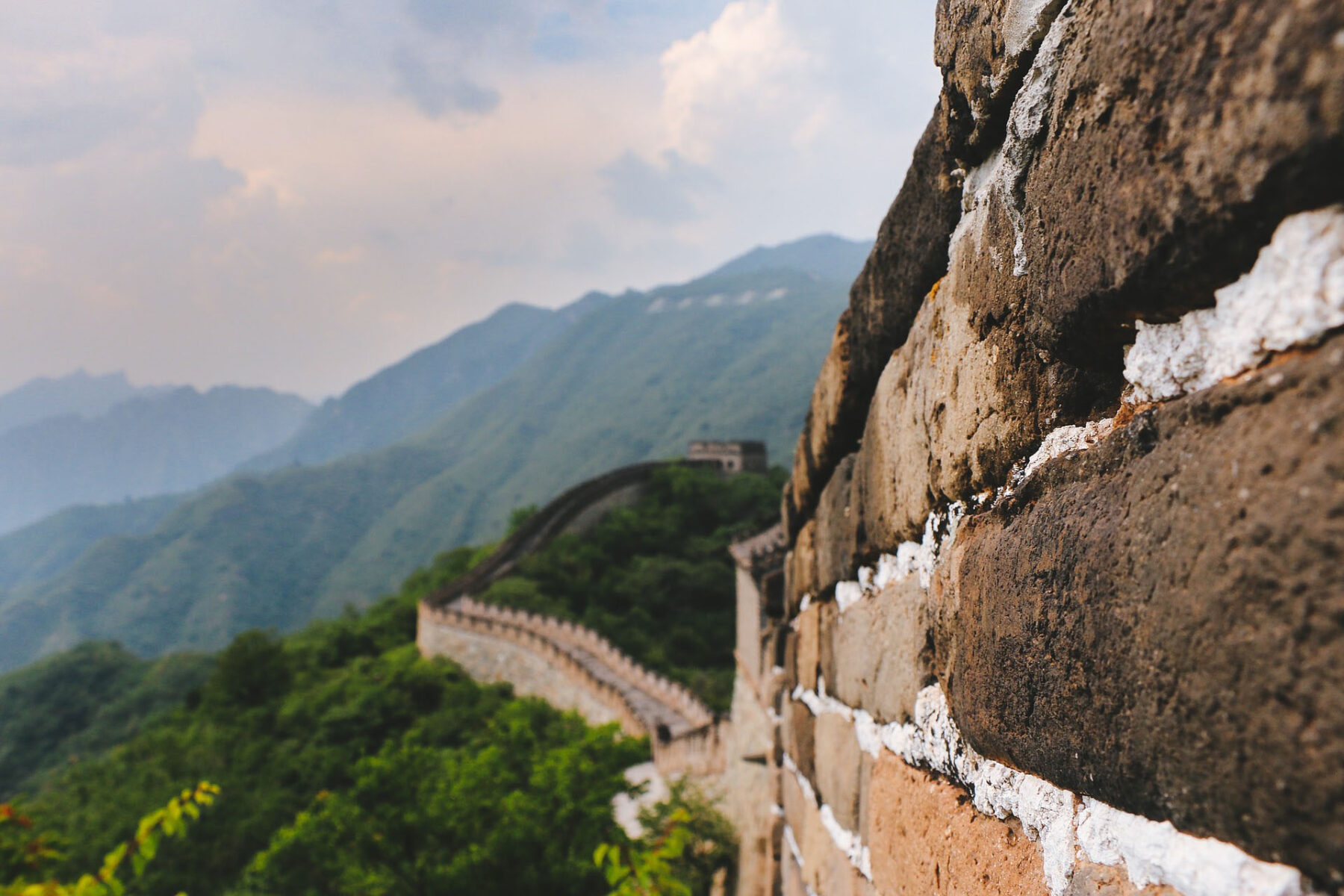 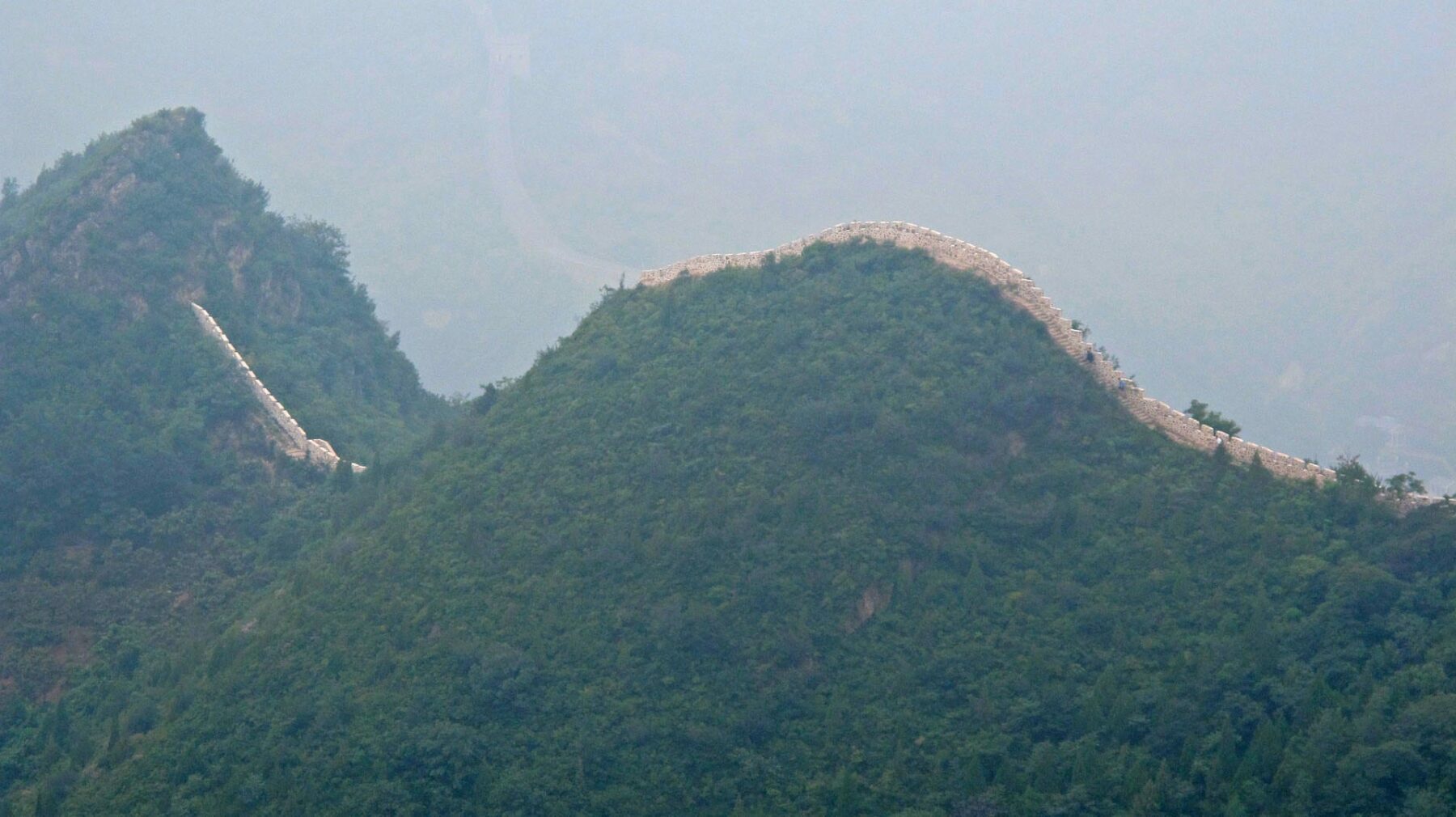 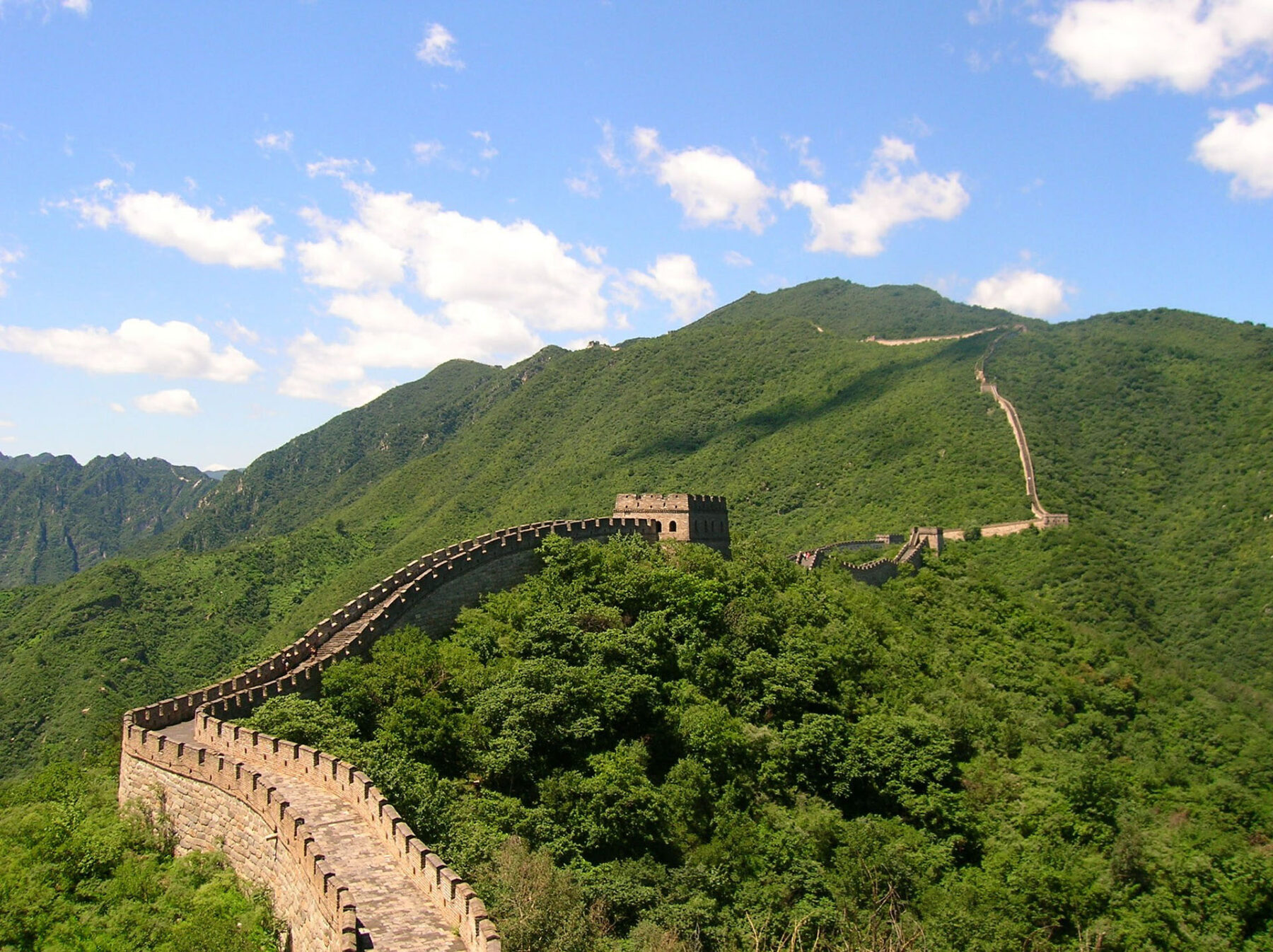 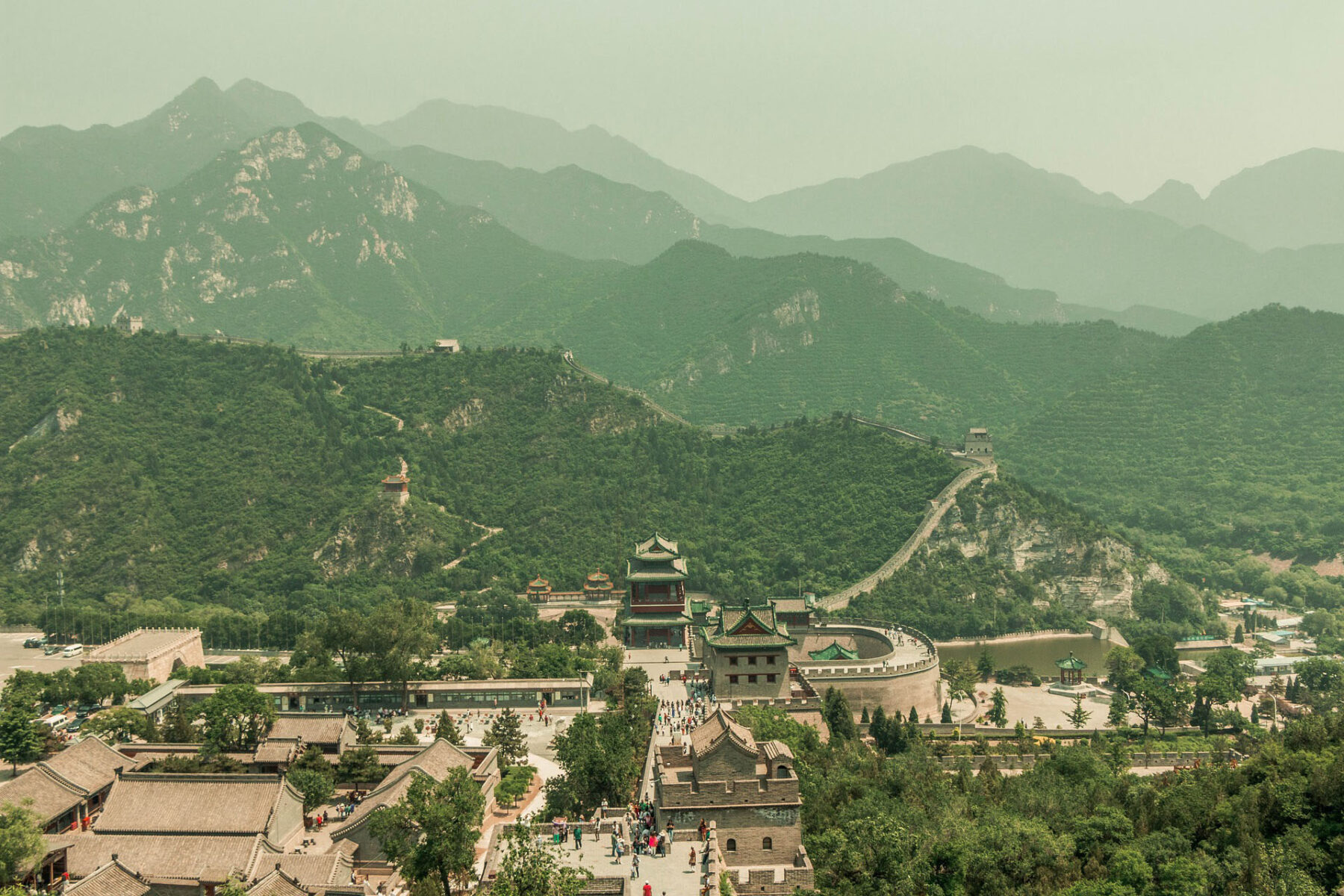 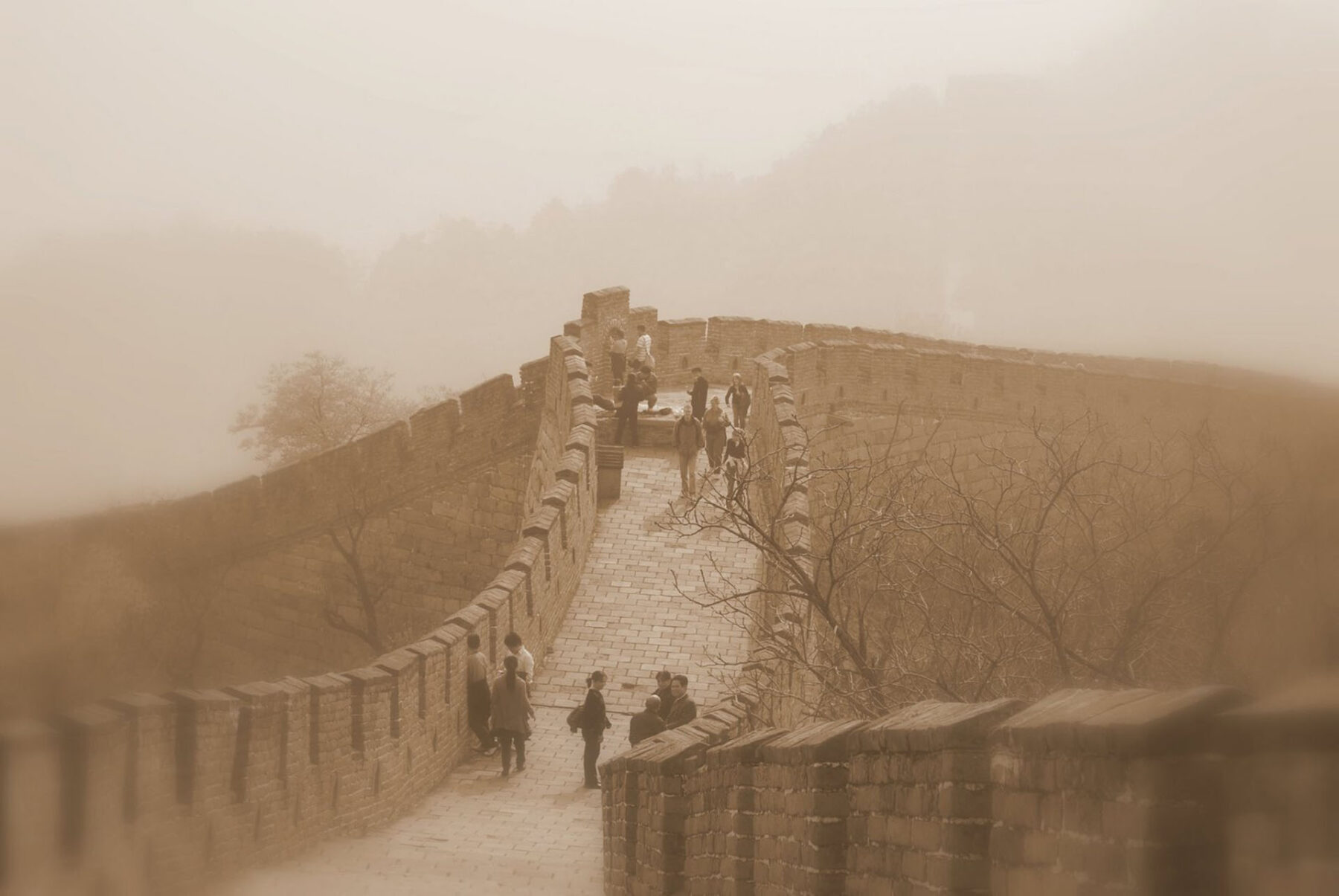 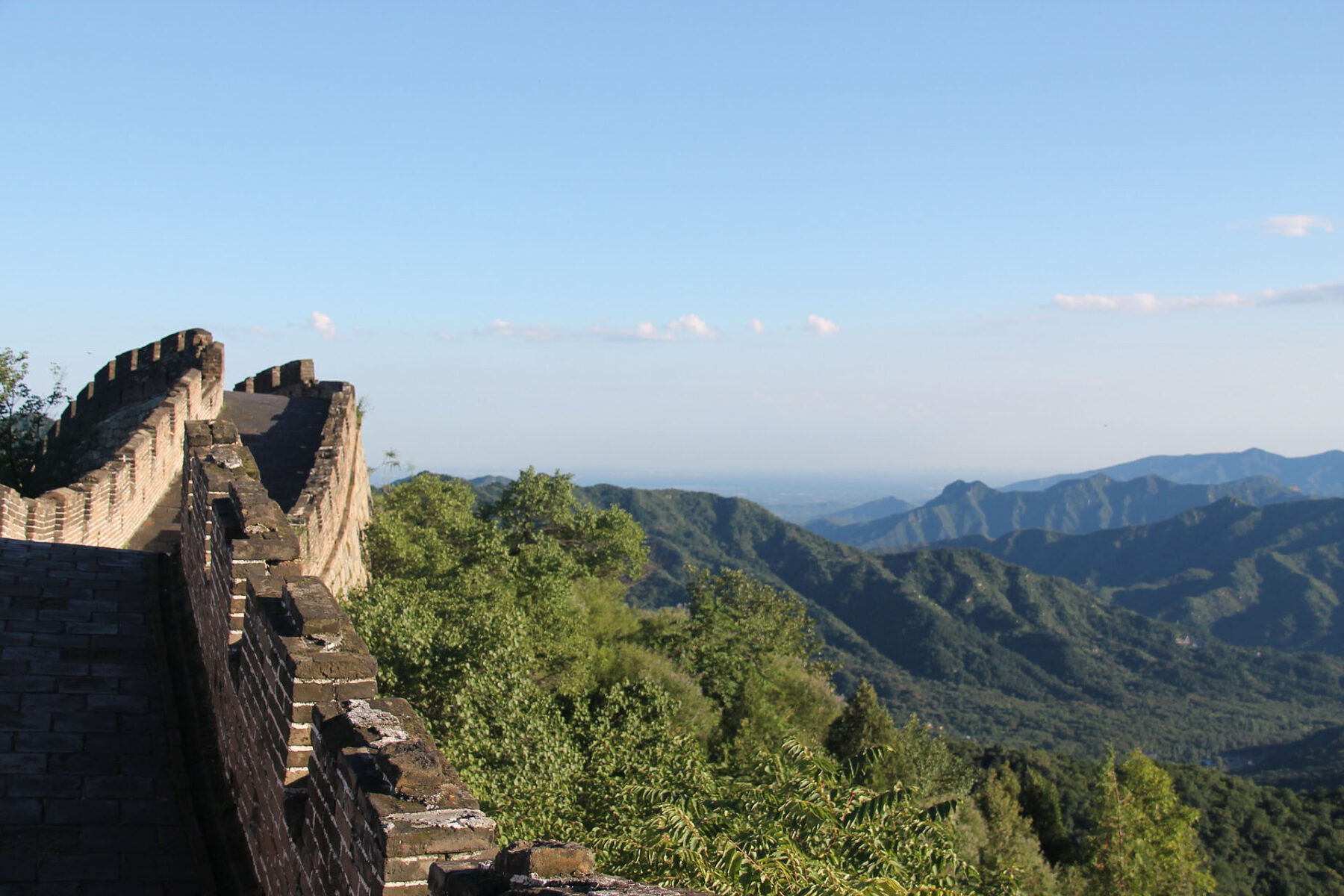 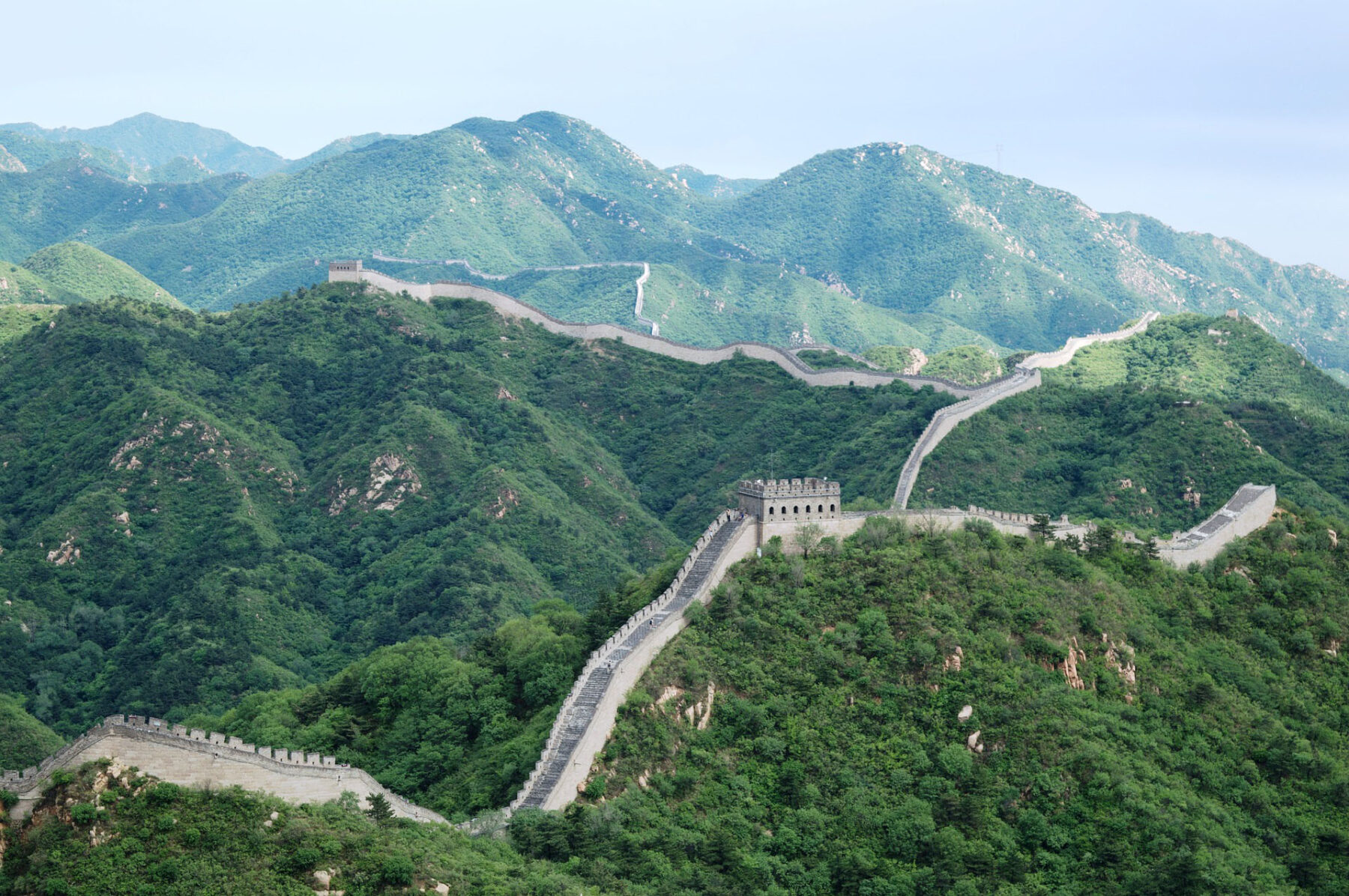 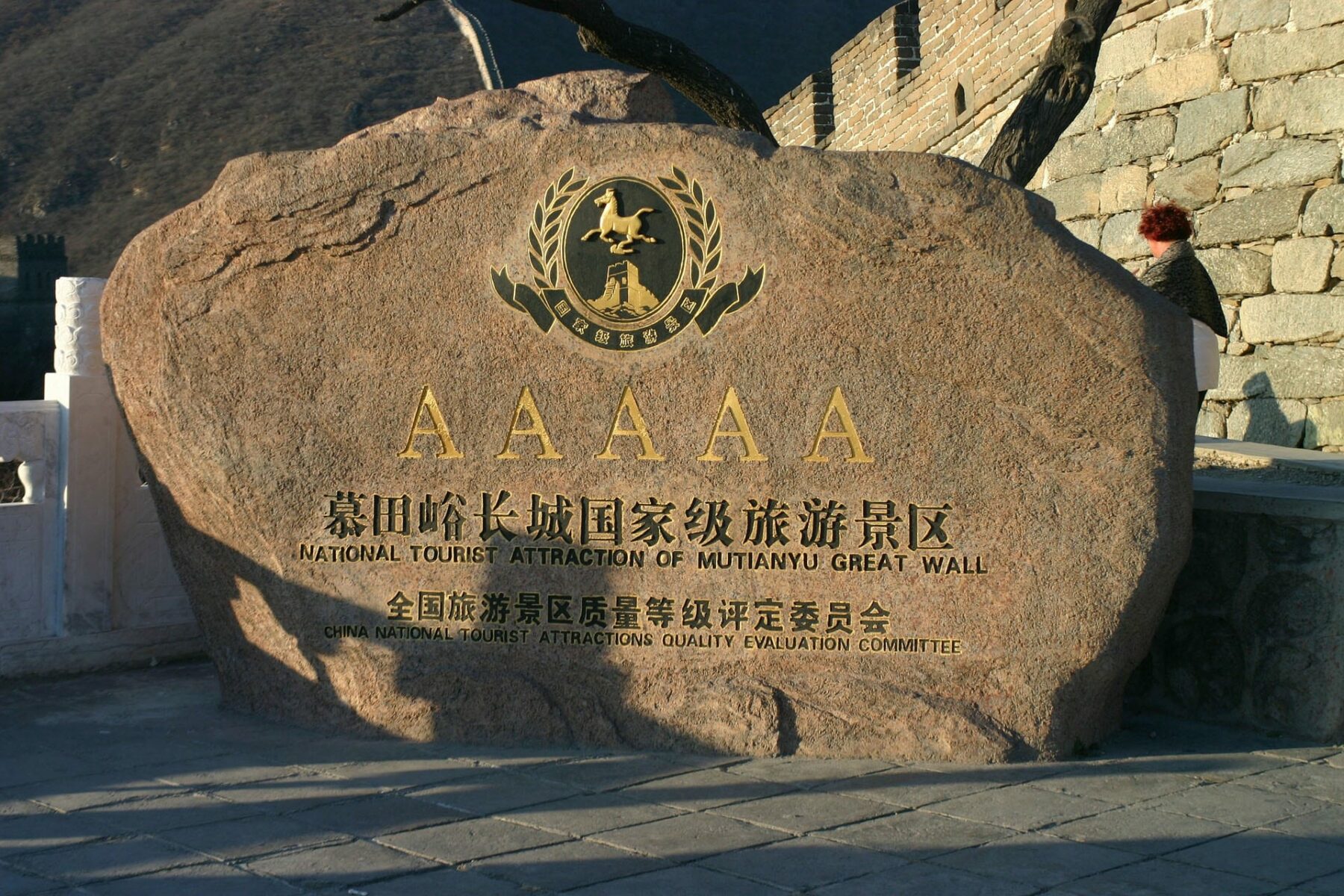 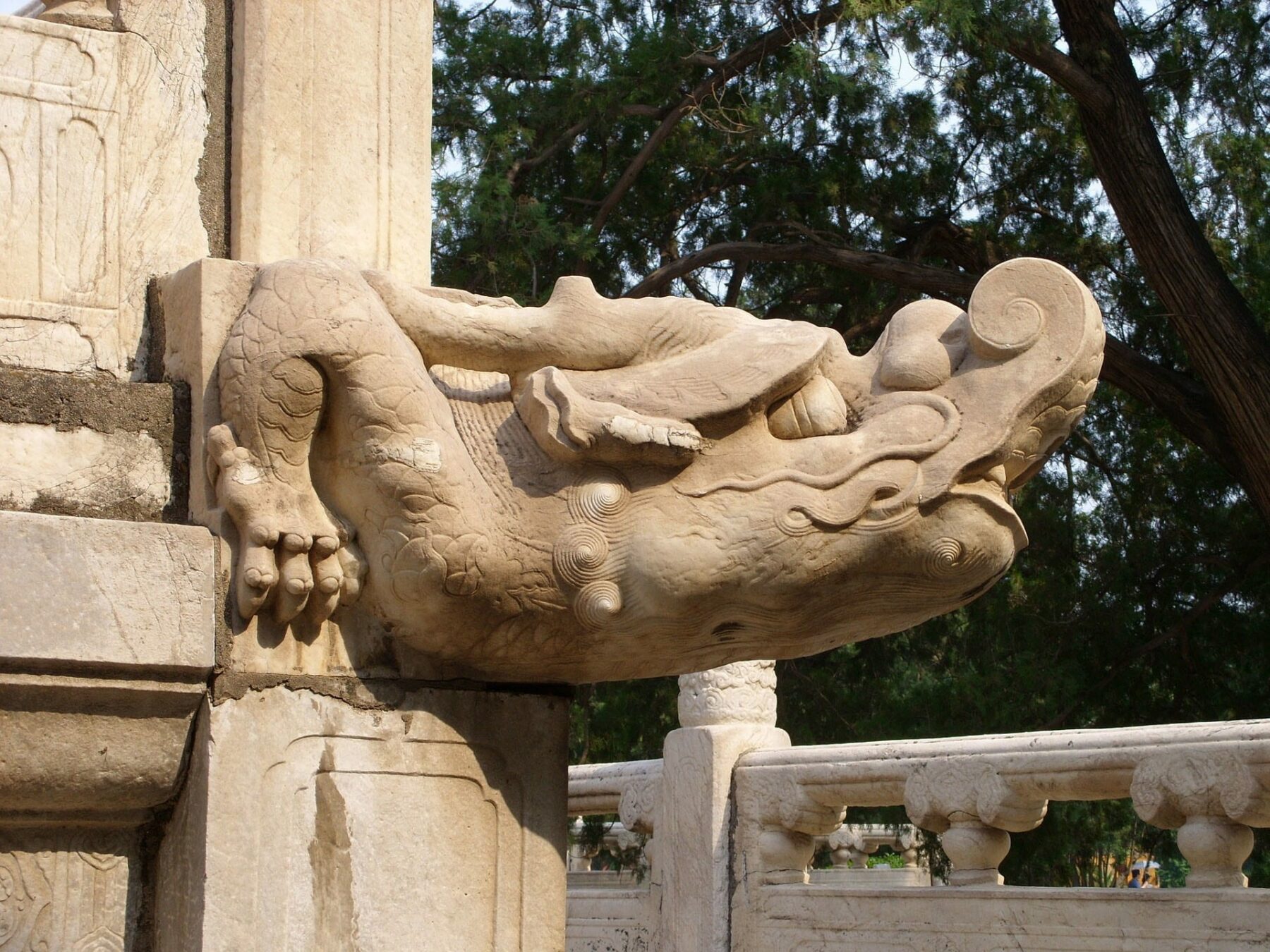 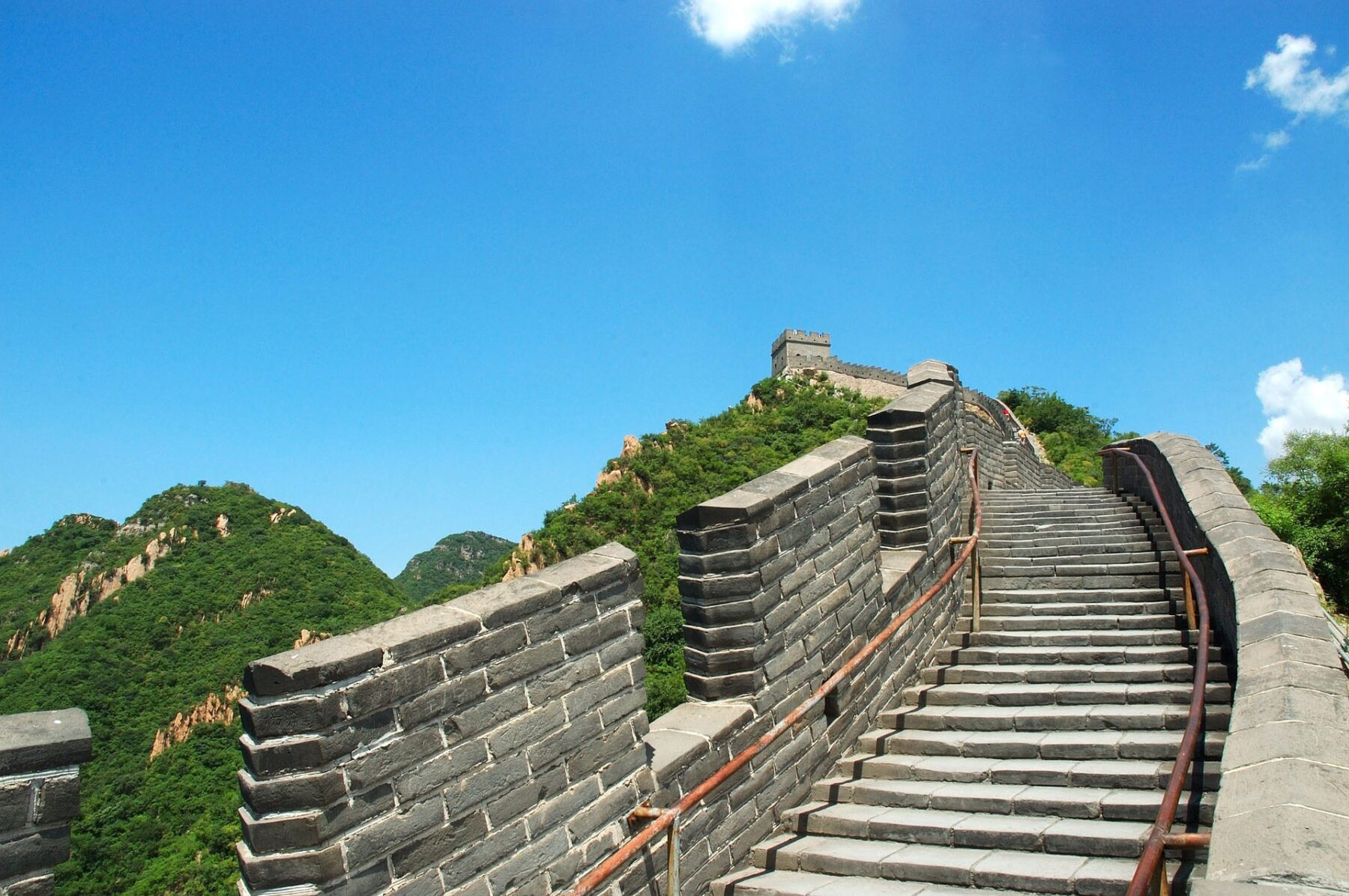